Welcome to The Law Offices Of Neil J. Cacali

California’s Eviction Wave: The Race Against the Clock

After several months of relying on the Judicial Council of California’s Emergency Order, the California Legislature was met with the harsh reality that beginning September 1, 2020, the Court would allow evictions to proceed. With the deadline set, the Legislature is forced to act.

Assembly Bill 1436, authored by Assembly member David Chiu (D-San Francisco), is an effort to provide the relief that many California residents rely upon to avoid the quickly approaching eviction wave. AB 1436, as drafted, would ban evictions for missing rent across California. On August 18, 2020, the Legislature passed the first hurdle in providing tenants with a temporary life preserver. The bill is closer to final passage after it passed through the state’s Senate Judiciary Committee. The bill is set for a full senate hearing next week, while millions of Californians face the threat of evictions or foreclosure.

If enacted, AB 1436 would halt evictions for nonpayment of rent due to pandemic-related hardships until the sooner of: 1) 90 days after the current state of emergency is lifted; or 2) through April 2021. The Bill would also provide additional mortgage forbearance, resulting in delayed payments for landlords and homeowners alike.

What remains to be seen is the impact of the economy as a whole. Assuming the Bill is adopted as drafted, there will be the inevitable application. For example, the courts are going to again be called upon to make a determination as to what constitutes a “pandemic-related hardship.” Further, what protections will be afforded to the landlords in the event a tenant is unable to repay the arrears? Will the foreclosure upon the landlord who was unable to make mortgage payments result in the eviction of the tenants that were occupying the building? What government bail-outs will be required and who will they ultimately protect? How will this impact businesses? What will happen to the real estate market?

There are still many issues that need to be decided, and decided quickly. The clock is ticking and the eviction wave is about to crash on California. If you are looking for a life-preserver, contact the Law Offices of Neil J. Cacali to discuss your options. 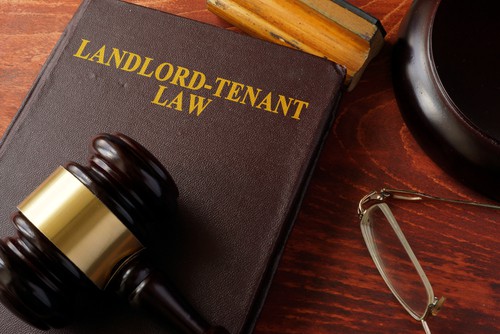 On March 4, 2020, Governor Newsom declared a “state of emergency.” The Governor’s edict was in

Assembly Bill 3088: Tenants May Get Temporary Relief while property owners are left in the cold.

Following up on my prior post concerning Assembly Bill 1436, California has rolled back some of the

Read more
We use cookies on our website to give you the most relevant experience by remembering your preferences and repeat visits. By clicking “Accept All”, you consent to the use of ALL the cookies. However, you may visit "Cookie Settings" to provide a controlled consent.
Cookie SettingsAccept All
Manage consent

This website uses cookies to improve your experience while you navigate through the website. Out of these, the cookies that are categorized as necessary are stored on your browser as they are essential for the working of basic functionalities of the website. We also use third-party cookies that help us analyze and understand how you use this website. These cookies will be stored in your browser only with your consent. You also have the option to opt-out of these cookies. But opting out of some of these cookies may affect your browsing experience.
Necessary Always Enabled
Necessary cookies are absolutely essential for the website to function properly. These cookies ensure basic functionalities and security features of the website, anonymously.
Functional
Functional cookies help to perform certain functionalities like sharing the content of the website on social media platforms, collect feedbacks, and other third-party features.
Performance
Performance cookies are used to understand and analyze the key performance indexes of the website which helps in delivering a better user experience for the visitors.
Analytics
Analytical cookies are used to understand how visitors interact with the website. These cookies help provide information on metrics the number of visitors, bounce rate, traffic source, etc.
Advertisement
Advertisement cookies are used to provide visitors with relevant ads and marketing campaigns. These cookies track visitors across websites and collect information to provide customized ads.
Others
Other uncategorized cookies are those that are being analyzed and have not been classified into a category as yet.
SAVE & ACCEPT