Welcome to The Law Offices Of Neil J. Cacali 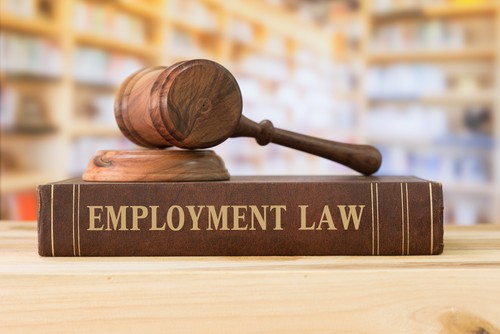 All eyes on Florida: The Helplessness of CA Bar Examinees

As thousands of recent graduates and repeat bar takers study for the California Bar Exam, the licensing exam required before a law graduate can be admitted to practice law, the stress continues to mount. The exam, which consists of several essays and multiple choice questions over a two-day period, has been pushed back to October 2020. Now, those test takers must ponder the possibility that studying for months may be nothing more than an academic experience. This is because of the issues going on in Florida and the recent declaration that the exam has been postponed.

After a grueling and rigorous study pattern, typically consisting of 10 hour days, for 10-12 weeks, Florida test takers have been given the unfortunate news that they would not be able to take their bar exam, which was scheduled this week. The reason was because of a technical glitch. The discussions have now shifted to alternative licensure or even “diploma-privileges.”

Although the focus has primarily been on Florida, these same issues may face California examiners in less than two months! The result may not only impact recent graduates and repeat test takers, but it may have an impact on the economy as a whole.

For instance, if California were to have the same technical glitch, the California Supreme Court and the Bar Examiners would need to determine whether alternative licensing should be approved. In either situation, litigation will likely ensue.

If Diploma Privileges are Granted:

Consider the situation, where California grants Diploma Privileges to some graduates, and admits those graduates to practice law. This would negatively impact law students that graduated beyond the approved diploma privilege period, but have yet to pass the exam.

For those that are fortunate enough to receive diploma privileges, how far does it extend? Does this allow a student in the Nebraska the right to practice law in California, even if they had not fully committed to taking the exam. Regardless, there will be a flood of lawyers to an already difficult market. When the recent graduates are unable to find employment, can they start their own firm? What happens to their clients if they don’t pass the exam?

If a consumer of the legal market had an attorney who received Diploma Privileges, but was unable to pass an extremely difficult exam, what is going to happen to the client? What if their case is lost? Will that prospective attorney ever be able to practice law, if they were unable to adequately represent their client’s interests because of the uncertain guidance?

If Diploma Privileges are Not Granted:

If suddenly the bar exam taker is no longer employed with the summer internship, what will occur with the lease payments? Will the eviction crisis grow deeper? This all comes on the heels of the Judicial Council of California allowing evictions to proceed on September 1, 2020 because the California Legislature has refused to take action to tackle the eviction and foreclosure crisis that is coming.

Regardless, the next few weeks will be imperative for bar examinees across the nation, as they grapple with the uncertainty of an already stressful exam. I have raised issues on both sides, but I would welcome thoughts and comments on my social media links. I want to know what people think.

Ultimately, these examinees are in an unenviable position of “wait-and-see.” With that in mind, all eyes turn to Florida.
In the meantime, if you know someone that is scheduled to take the October exam, give them a call, a letter of support, or even a hug.

In late June, the California Supreme Court clarified California wage and hour issues related to the

Assembly Bill 3088: Tenants May Get Temporary Relief while property owners are left in the cold.

Following up on my prior post concerning Assembly Bill 1436, California has rolled back some of the

Read more
We use cookies on our website to give you the most relevant experience by remembering your preferences and repeat visits. By clicking “Accept All”, you consent to the use of ALL the cookies. However, you may visit "Cookie Settings" to provide a controlled consent.
Cookie SettingsAccept All
Manage consent

This website uses cookies to improve your experience while you navigate through the website. Out of these, the cookies that are categorized as necessary are stored on your browser as they are essential for the working of basic functionalities of the website. We also use third-party cookies that help us analyze and understand how you use this website. These cookies will be stored in your browser only with your consent. You also have the option to opt-out of these cookies. But opting out of some of these cookies may affect your browsing experience.
Necessary Always Enabled
Necessary cookies are absolutely essential for the website to function properly. These cookies ensure basic functionalities and security features of the website, anonymously.
Functional
Functional cookies help to perform certain functionalities like sharing the content of the website on social media platforms, collect feedbacks, and other third-party features.
Performance
Performance cookies are used to understand and analyze the key performance indexes of the website which helps in delivering a better user experience for the visitors.
Analytics
Analytical cookies are used to understand how visitors interact with the website. These cookies help provide information on metrics the number of visitors, bounce rate, traffic source, etc.
Advertisement
Advertisement cookies are used to provide visitors with relevant ads and marketing campaigns. These cookies track visitors across websites and collect information to provide customized ads.
Others
Other uncategorized cookies are those that are being analyzed and have not been classified into a category as yet.
SAVE & ACCEPT